It is a video visualization system configured to perform flight simulation of a trainer
in a flight environment composed of 3D modeling.

● Development and composition of environment and objects optimized for VR environment
based on existing data such as terrain and aircraft appearance provided by Korea Aerospace Industries, Ltd.

● Reflecting various animations such as aircraft instruments and control surfaces,

Development of briefing/debriefing software to support training of demand groups

and waypoint information in a database 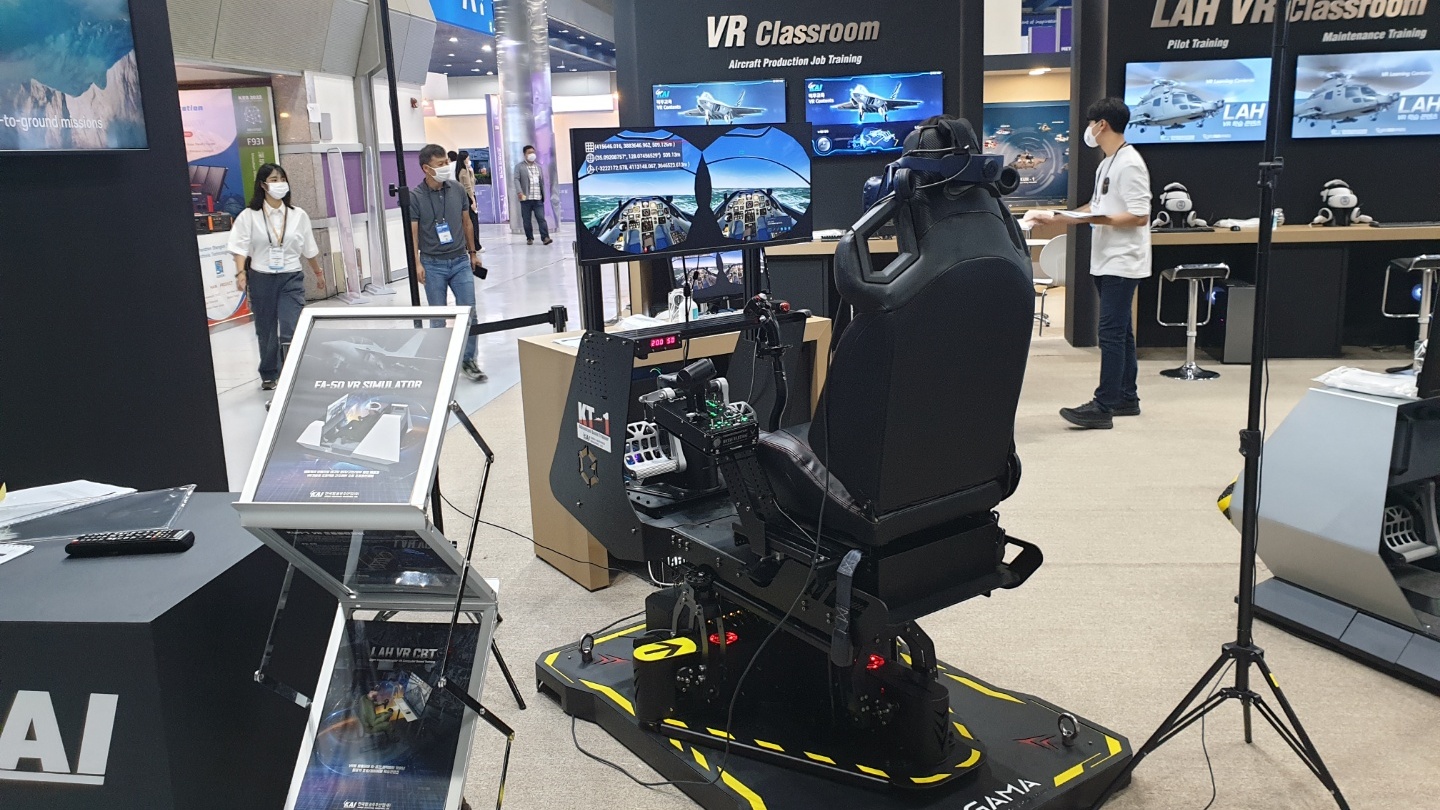