When I sat in the cockpit of Surion (KUH-1) wearing #VR (virtual reality) goggles, the wide blue sky above and the rice fields of Sacheon, Gyeongnam unfolded below. When I turned the control stick to the left, the chair tilted to the left along with the world unfolding in front of me. When I pulled the control stick toward my body, my body leaned back and my view filled the sky. When he turned his head back, he could see the situation in the rear cabin.The Korea Aerospace Industries (KAI) booth of the 'Korea Electronics Show (KES 2022) Metaverse Korea' held at COEX in Seoul on the 4th was crowded with visitors to experience the metaverse training. Not only military officials, but also employees of the Korean Intellectual Property Office, college students, high school students, etc. people who wanted to experience the metaverse training were waiting in line.Korea Electronics Exhibition is Korea's best electronic IT convergence product exhibition that showcases advanced IT (Information and Communication Technology)-based technologies such as artificial intelligence (AI), big data, and metaverse. KAI participated in the 2nd Metaverse Korea, which was held simultaneously with the Korea Electronics Show, and exhibited a future-oriented training system such as VR pilot training equipment and educational contents. It was the only defense company to set up a booth.In particular, in this exhibition, the VR pilot training equipment for the Surion (KUH-1) and KT-1 basic trainers equipped with a motion platform and a steering reaction force device were introduced for the first time. It is a 'new' equipment that has just been developed at the end of last month. The 6-axis motion platform realistically realizes the up, down, forward, left and right physical movements of the aircraft. The control reaction force device enhances immersion by expressing the flight resistance and recoil felt by the actual pilot during flight.To put it simply, in the past, only visual experiences were possible with VR goggles, but now the chair moves and gives the feeling of being on a real airplane. The motion sickness was severe when only VR goggles were put on while the body was stationary, but the motion sickness disappeared when the sense of balance between the sight and the body coincided. 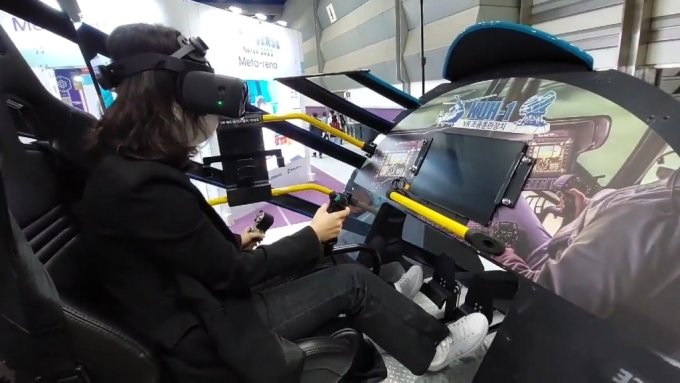 When mass production of motion platform VR pilot training equipment begins in earnest, it is expected to have high price competitiveness at less than one-tenth of the price of existing simulators. Unlike the existing simulator, which reminds of the space occupied by a real helicopter, the motion platform does not take up much space, so it is easy to move and assemble.When the motion platform was completed, love calls poured in from the military as well. It is said that they even sent a proposal to participate in the rapid trial acquisition project of the newly developed VR pilot training equipment. The Rapid Trial Acquisition Project is a weapon system acquisition system created by the Defense Acquisition Program Administration to quickly introduce cutting-edge defense products incorporating the 4th industrial revolution technology from 2020.Han Chang-heon, head of the Future Business Division (Vice President) said, "Even abroad, we make a decision to import airplanes after riding a simulator, and we receive requests to make training equipment for models not developed by KAI." "It's a very promising market," he said.KAI also has plans to enter the game market by using training equipment technology. Director Han said, "The motion platform that was released this time was also designed by targeting the game market from design. 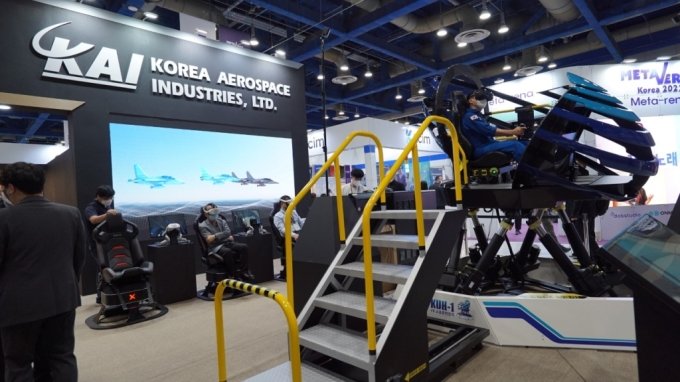